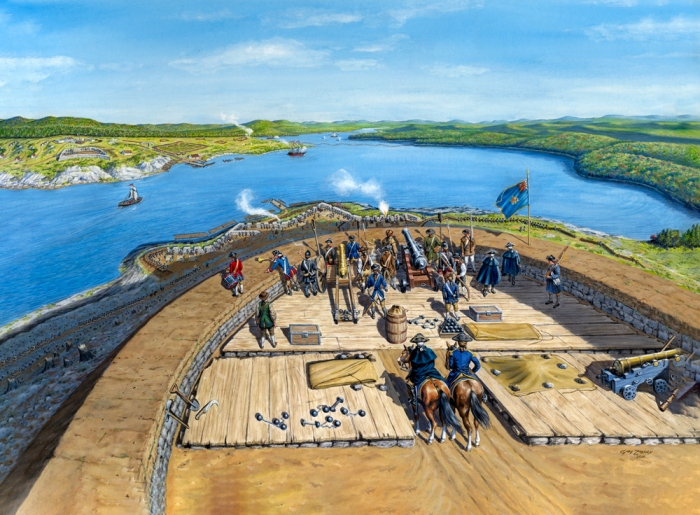 THE AUTUMN OF 1776 AT MOUNT INDEPENDENCE:

“Making Preparations to Receive the Enemy”

Join us for an illustrated talk, “The Autumn of 1776: Making Preparations to Receive the Enemy,” by historian and site interpreter Paul Andriscin.

Paul looks at the busy autumn of 1776 when Mount Independence and Fort Ticonderoga were being prepared by the American troops for the arrival of the British. At that time the two garrisons made up one of the largest population centers in the United States. What was happening here and elsewhere in the Revolutionary War at this thrilling time?

The event is included in the regular admission fee of $5.00 for adults and free for children under 15. While there you can visit the museum and walk any or all of the six miles of trails on the over 300-acre site. Call 802-948-2000 for more information.

The Mount Independence State Historic Site is one of the best-preserved Revolutionary War sites in America. It is located near the end of Mount Independence Road, six miles west of the intersections of Vermont Routes 22A and 73 near Orwell village; carefully follow the signs. Regular hours are 10:00 a.m. to 5:00 p.m. daily through October 13.